Disney’s The Little Mermaid JR - SteppingStone Theatre | Kids Out and About Minneapolis/St. Paul 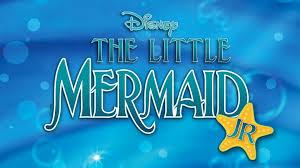 Journey “Under the Sea” with Ariel and her friends in Disney’s The Little Mermaid JR., adapted from Disney’s Broadway production and the motion picture (featuring the enormously popular Academy Award-winning music and delightfully charming book and lyrics). In a magical underwater kingdom, the inquisitive young mermaid, Ariel, longs to leave her ocean home — and her fins — behind and live in the world above. But first, she’ll have to defy her father, King Triton, make a deal with the evil sea witch, Ursula, and convince Prince Eric to help her make the journey.
Click here for more information about this activity
This fantastical production will have your entire cast and crew eager to let their imaginations run wild.
*Times, dates, and prices of any activity posted to our calendars are subject to change. Please be sure to click through directly to the organization’s website to verify.

All Ages Adults & kids together